The science behind Psychometric AI 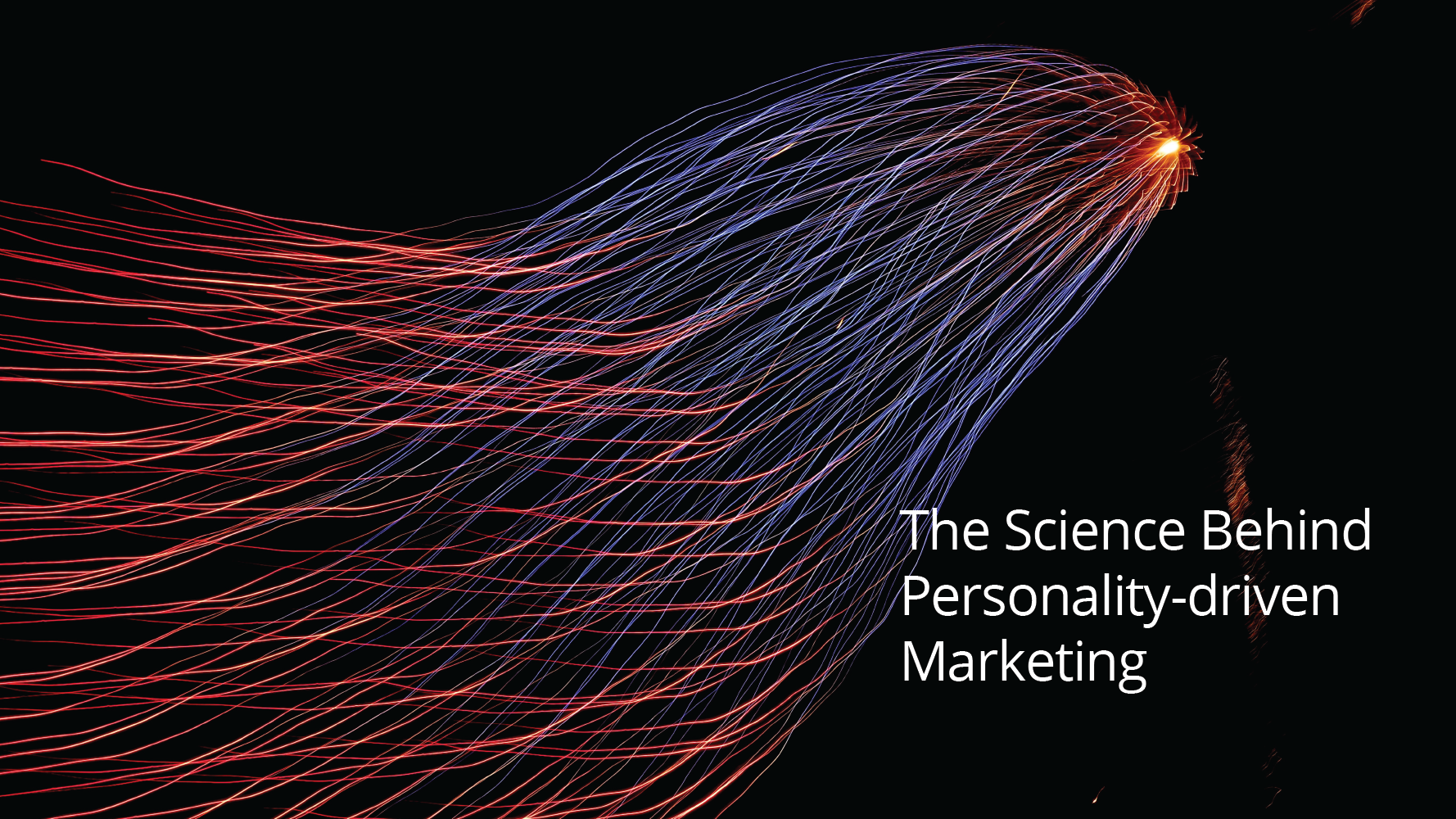 Advances in machine learning have made their way into the field of quantitative psychology, revealing new opportunities in behavioral predictive analytics. As academics in diverse fields collaborate to explore the potential for these innovations, a variety of academic studies have emerged with a shared conclusion: consumers’ digital footprints provide a strong signal for accurately predicting actionable psychological traits.

Distinguished computational social scientist, psychometrician, and Pinpoint advisor Dr. Sandra Matz has published a number of studies investigating consumer emotional responses to images. Foundational to her research are the facts that consumers are individuals, and messaging that resonates with one person does not necessarily resonate with the next. Dr. Matz and her colleagues have assessed this theory in a number of research papers that quantify the strength of the relationships between behavioral footprints and standardized psychological traits. Her research also quantifies the impact of applying digital psychometrics to real-world business applications.

The torrent of information consumers provide through their online behavior can be used to predict their personality scores. Dr. Matz and Dr. Michal Kosinsky investigated this using social media data. In the study, the investigators administered personality tests to participants and analyzed their behavioral footprint wit respect to how well it predicted their personality traits. The study found that people’s online behaviors could predict their Big Five personality traits with significant accuracy, together with gender (93%) and political orientation (85%). Beyond social media “likes”, the subjects’ words, phrases, and punctuation also had a strongly predictive relationship with the Big Five Factors. Thus, pinpointing individual consumer personality through online behavior is not only possible, but achievable at scale. Pinpoint’s Thinkalike Engine has replicated and built upon their results, doing so within our patent-pending privacy-safe data architecture.

Next, Matz and Kosinski investigated the role of personality in marketing persuasion. Partnering with a UK beauty company, they created separate ads to appeal to Introverts (which read, ‘Beauty doesn’t have to shout’) and Extraverts (‘Dance like no one’s watching—but they totally are’). In order to correctly target Introverts and Extraverts with the designated messaging, the team relied upon their previous finding of Facebook Likes that predicted high and low Extraversion. The Introverted audience was defined as individuals who liked the 10 Likes most predictive of Introversion, while the Extraverted audience was defined by the same corresponding method.

When subjects received ads that matched their personalities, they were 1.5x times more likely to convert than when the ad served did not match their personality. Matched ads resulted in 40% more clicks and 50% more purchases than mismatched ads, indicating that ads tailored to the personality of the audience materially outperform unpersonalized creative.

Dr. Matz and her team also investigated whether known personality features could reliably predict which images would appeal to specific consumers. That is to ask, are there features of images that appeal more to different personalities, and which can therefore increase engagement?

To investigate, the research team analyzed images with respect to 89 features; looking at characteristics such as hue, color diversity, number of people in the image, and other characteristics using automated algorithms. Subjects had their high-level personality factors assessed and then rated the images based on how much they liked them, allowing the investigators to identify relationships between personality and image features. The study found specific instances of such preferences: While Extraverted people tended to prefer images that were simple in composition and contained people, individuals high in Openness to Experience tended to prefer cool-colored images without people.

Psychometric segmentation and creative optimization present an emerging frontier across the fields of marketing and risk management. Pinpoint’s services are focused precisely in these areas, and we are excited about our current offerings as well as those to come on our product roadmap.

« Back to Media Page