Clients include small, mid-size, and Fortune 500 personal lines carriers, as well as direct-to-consumer MGAs. Pinpoint is a partner of Intellagents and also has integrations with other platforms. 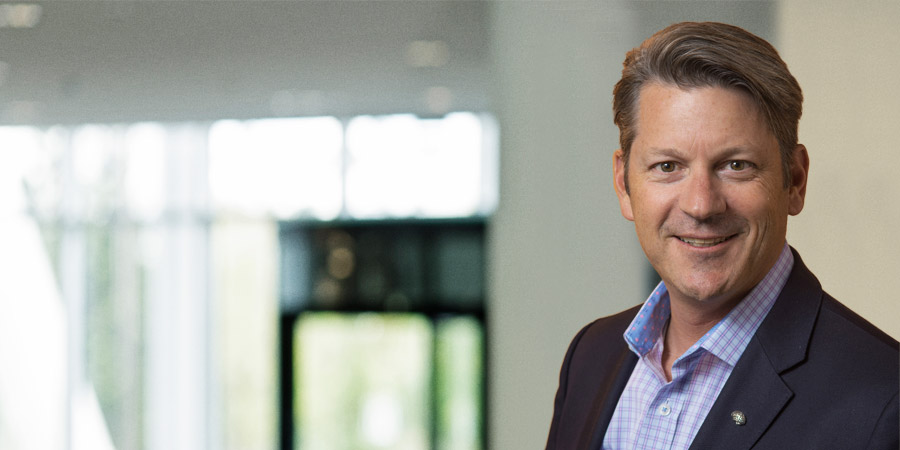 Zack Lynch is Co-Founder and General Partner at JAZZ Venture Partners. JAZZ invests in companies that extend the boundaries of human performance — improving how we live, learn, work, play, and experience the world. JAZZ seeks breakthroughs at the intersection of cutting-edge neuroscience and digital technology that are increasingly influencing the human experience, such as augmented reality, immersive gaming, artificial intelligence, and closed-loop human-computer systems.

JAZZ portfolio companies are unlocking human potential in broad markets, including health, mind-body wellness, accelerated learning, training, sports, entertainment, and the enterprise. Zack is also the author of the best-selling book The Neuro Revolution: How Brain Science Is Changing our World, published by St. Martin’s Press, which takes a 50-year view on how neuroscience is impacting humanity. 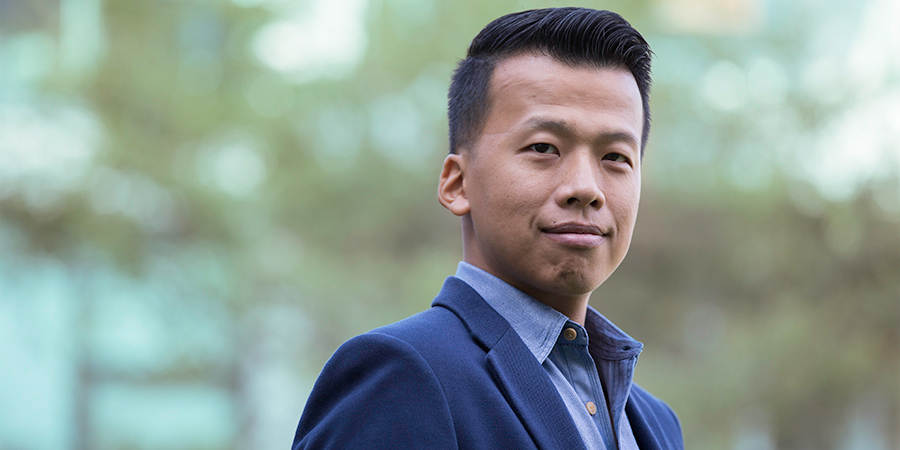 Wei Hsu is a Stanford Computer Science alumnus and a full-stack engineer specialized in developing highly scalable applications. He led the engineering teams of his previous companies through two acquisitions. Previous to Pinpoint, Hsu was a team member at a venture originally seed-funded by Facebook, where he managed a ten-person team as Director of Engineering.

In his free time, Hsu is a dedicated fan of Stanford Football and also loves third-wave coffee shops. 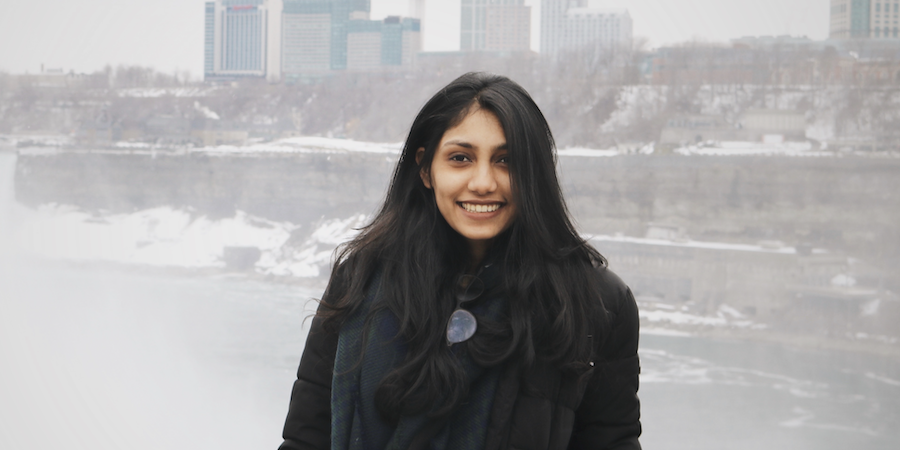 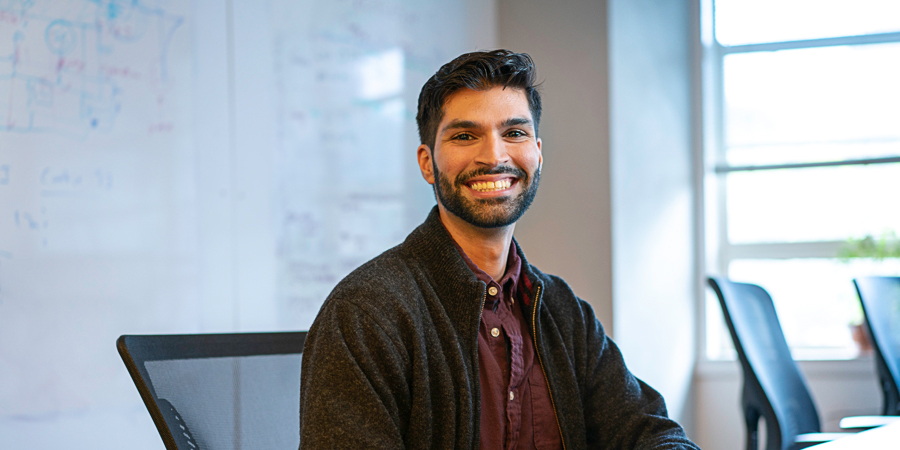 Farhan Hormasji has worked as an engineer in various software related roles for the last six years, most recently on Content Recommendation and AdTech related projects as a Data Engineer. He enjoys solving complex problems at scale, and developing tools that make data more accessible to all. An Eagle Scout, Farhan spends his weekends enjoying the outdoors. 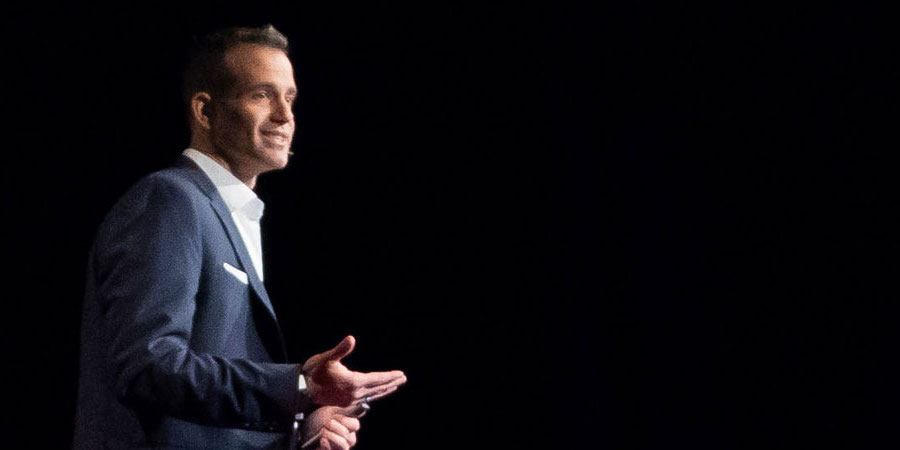 Bryan Falchuk is a best-selling author, speaker, and consultant to the Insurance industry on the subject of innovation. Bryan is the founder and Managing Partner of Insurance Evolution Partners (IEP). He has spent 20 years in Insurance, where he was most recently Head of Claims for Hiscox USA before joining AI-enabled insuretech communications provider Hi Marley to help drive their growth before founding IEP. With his unique experience on both the carrier and insuretech side, he brings his perspective to bear to help carriers evolve in a market that is facing disruption.

Prior to Hiscox, Bryan held leadership roles in corporate strategy, operations and distribution at Liberty Mutual, Beazley and Coverys, and served as a management consultant to several top carriers as part of McKinsey & Company’s insurance practice. He is also an advisor to several technology companies serving the insurance industry.

Bryan has written for many top publications like Inc. Magazine, The Chicago Tribune, LA Times, and more; he has been a guest on over 175 TV, radio, and podcast shows, and presented multiple TEDx Talks. He has an AB in Economics from Bowdoin College and received his MBA from The Tuck School of Business at Dartmouth College. 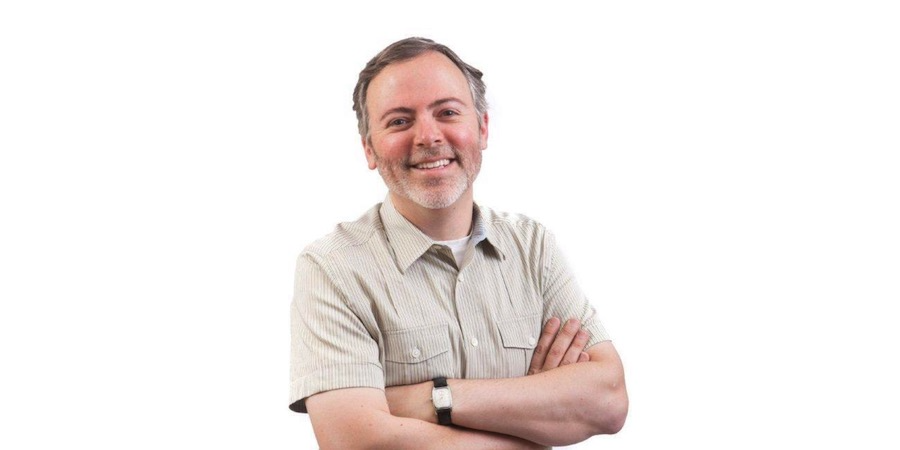 Dave is a proven, entrepreneurial leader with multiple, successful outcomes at emerging growth and at scale enterprises. He has a deep well of experience in data-driven digital marketing to deliver outsized business performance. Most recently, he was COO at Drawbridge, a leading digital identity company. LinkedIn acquired Drawbridge in June 2019, yielding high multiple returns for investors, including Sequoia Capital, Kleiner Perkins, and Northgate.

Dave is credited by Wikipedia as co-inventor of the ad server, and co-founded AdKnowledge the same year. As CEO, and in several key leadership roles in the company, he pioneered ad serving and data-driven marketing. The company was sold for $193M, representing a 10X return for investors.

As SVP/GM for BlueLithium’s ad network from 2006-7, he spearheaded hockey stick growth in revenue, resulting in a sale to Yahoo for $300M, also representing a 10X return for shareholders. He transitioned to GM role overseeing Yahoo’s $1.6B display business in North America, leading a 3X growth in programmatic display revenue over 3 years.

Prior to Drawbridge, Dave was COO at RhythmOne, a 400-person digital marketing company, listed on the LSE. RhythmOne acquired RadiumOne, where Dave served as COO and Chief Product Officer. Dave was also CEO of Infolinks for nearly three years, and served on the company’s Board for six years. 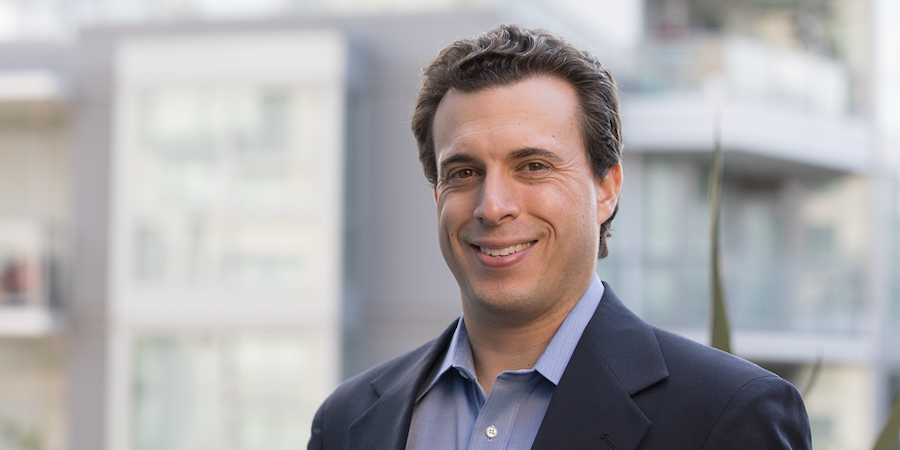 Avi Tuschman is a Stanford StartX entrepreneur and an internationally recognized expert in heritable psychometric traits.

Before founding Pinpoint, he advised corporations, banks, and 18 heads of state on people analytics. During his doctoral research, he sought out the best data for making individual-level, forward-looking predictions. This inquiry led him into the field of quantitative psychology.

Tuschman later wrote the first bioscience book on heritable psychometric traits, which was published through Prometheus / Random House in 2013 and 2019. The book received praise from top science writers and coverage in mainstream and peer-reviewed media from 25 countries. It has been published in paperback, Audible, and Chinese-language editions.

Tuschman founded Pinpoint to develop the emerging field of Psychometric AI in a privacy-safe direction, and to make this scientific standard in people data easy to use and optimize in scalable commercial applications. 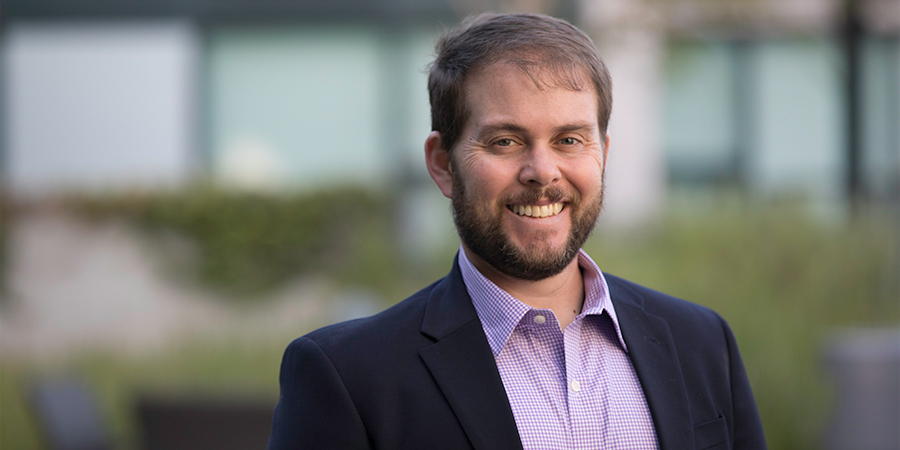 Previous to Pinpoint, Evan Zamir spent three and a half years as one of two data scientists at Skout, one of the world’s largest location-based social-networking and dating apps. In this role, he worked across a wide-variety of challenges with numerous tools, including the automation of picture moderation via deep-learning models, up until the company’s acquisition by MeetMe.

Before moving into industry, Zamir taught for five years as an Assistant Professor at Georgia Tech. He has a BS from Johns Hopkins, a PhD from Washington University, and a Postdoc from the University of Kansas Medical Center, where he studied the biomechanics of embryonic tissues, including the heart, through various experimental, imaging, and computational methods. 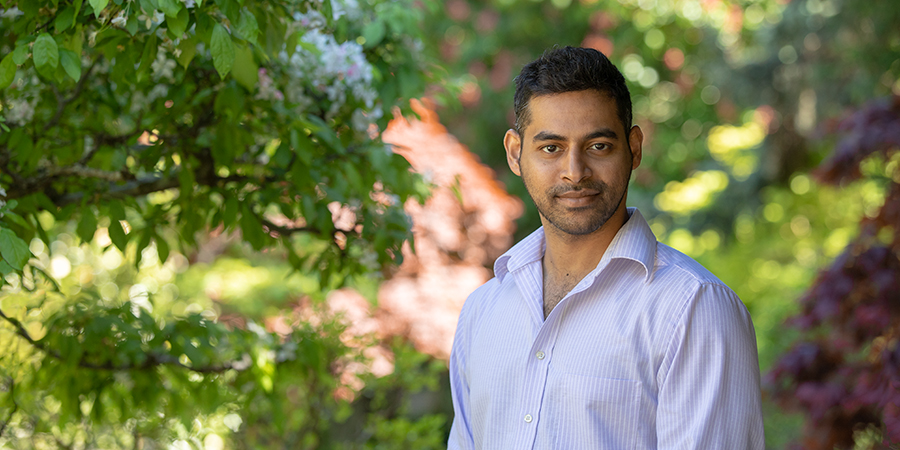 Sriram Rathinavelu is a full-stack web developer with over 10 years’ experience. He has worked in all tiers of application development, including front-end, back-end, infrastructure, and operations.

Before joining Pinpoint, he served as Dev-Ops and Release Engineer at 8×8, Inc. and had held full-stack positions at MachineZone and TechShed. Sriram is very passionate about writing and deploying self-healing, scalable web applications. He’s a huge fan of containerization and Kubernetes and has migrated multiple applications from bare-metal deployments to containers. He’s highly proficient coding in Python, Javascript, Java, and Groovy.

Sriram holds a master’s degree in Computer Science from Arizona State University, where he wrote his thesis on Skylines Personalization. In his free time he enjoys soccer, audio books, anime, and working out at the gym. 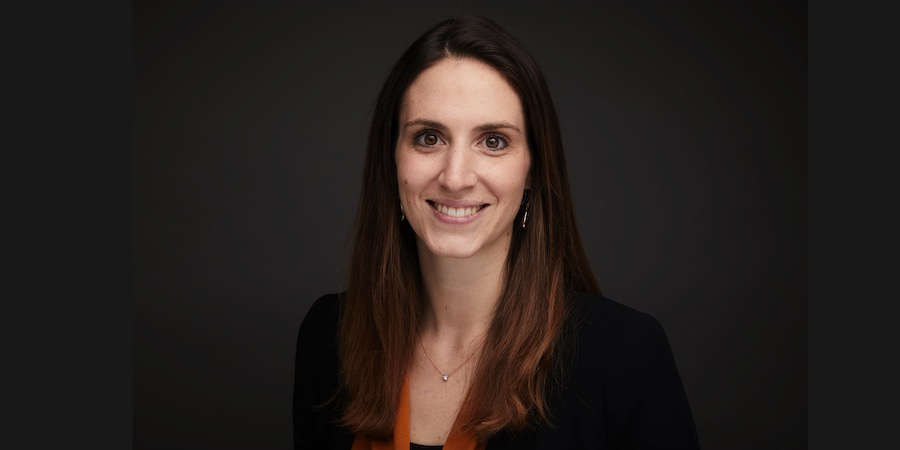 Sandra Matz is an Assistant Professor of Management at Columbia Business School in New York. As a computational social scientist, she studies human behavior and preferences using a combination of Big Data analytics and traditional experimental methods.

Her research aims at understanding how psychological characteristics influence real-life outcomes in a number of business-related domains (e.g. financial well-being, consumer satisfaction or team performance), with the goal of helping businesses and individuals to make better decisions. 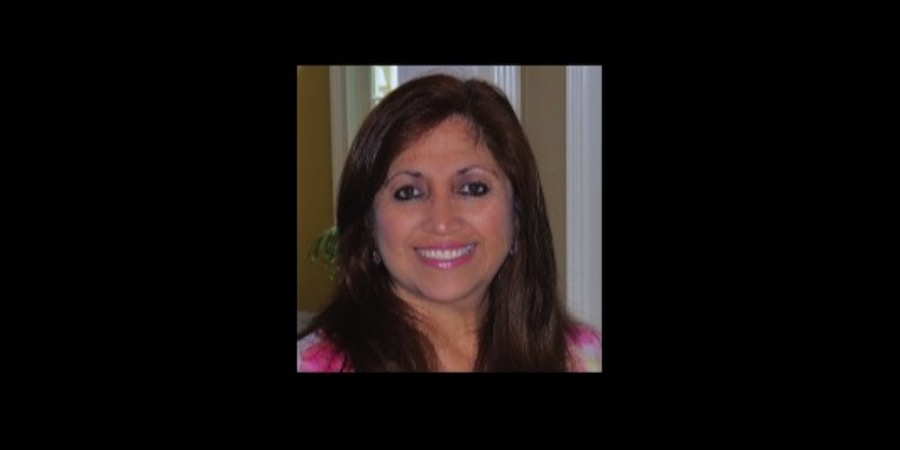 Zayda Marrie is a global insurance expert and advisor with over 20 years in the Insurance industry. Her insurance product expertise spans across Life, Annuities, Disability, Voluntary Benefits, Commercial, and Consumer P&C. 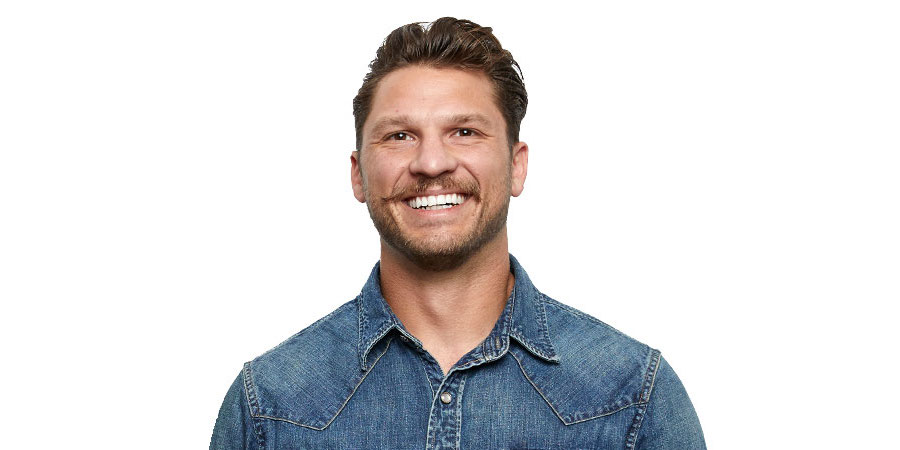 TJ Ferrara is a seasoned eCommerce veteran with over 18 years of online marketing, operations, and technology experience. Combining that with a practical hand-on approach, his involvement has been leveraged and appreciated by dozens of clients, specifically C-Level, eCommerce VP, and Executive Teams. He has led strategic diligence, ecosystem assessments, performance benchmarking, site audits, operations analysis, and division restructuring.

TJ’s eCommerce experience spans both the retail and provider/vendor experience; most recently as a Sales Engineer / SME / Solutions Architect for Infosys. TJ has been instrumental in technology audits for Fortune Global 500 Clients and 8 other IR Top 200 Sites.

TJ’s ability to marry technical understanding with business and eCommerce know-how has made him a go-to tech liaison.

Steve Dow, Board of Dataminr, ALDR, Arterys; founding board member of Citrix

Pinpoint is always on the lookout for talented data scientists, engineers, and business-development professionals.

If you’re passionate, laser-focused, self-motivated, highly collaborative, and interested in contributing to the future of people predictions, please reach out through the form below.